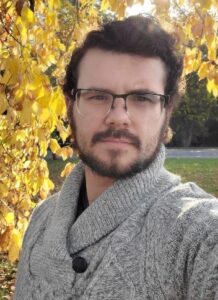 Alec Beaton is a masters student conducting research led and funded by the Atlantic Grains Council in conjunction with Agriculture and Agri-food Canada and the University of Prince Edward Island. His research is focused on the efficacy of fungicide seed treatment use across a range of planting densities in soybean.

Abstract: Constant final yield (CFY) describes the observation that a wide range of plant densities result in similar biomass production per unit area. Optimal plant density of field crops such as soybean occurs as soon as constant final yield is reached as further increases in seeding rate have negligible effects on yield. Further reductions in seeding rate could be achieved through management factors such as the use of seed treatments which protect seedlings from early disease pressure, maximize emergence and offer physiological benefits. To investigate this possibility, we assessed several fungicide seed treatments across a range of soybean planting densities in a field trial in Prince Edward Island. We evaluated an untreated control against the use of four fungicide seed treatments (fludioxonil, metalaxyl-M, sedaxane, metalaxyl-M+sedaxane+fludioxonil) across four soybean planting densities, 247 000, 494 000, 741 000, 1 480 000 seeds ha-1. Seed treatment did not increase emergence at any density evaluated. Further, seed treatment did not impact the decline in yield plant-1 nor harvest index as plant density increased. Yield (kg ha-1) increased to 494 000 seeds ha-1. After which further increases in plant density did not lead to greater yield, suggesting CFY of soybean had been achieved. Treatment with metalaxyl-M and sedaxane, however, increased yield (kg ha-1) at the lowest planting density achieving yields similar to all densities evaluated. These results demonstrate that CFY of soybean can be altered through the use of seed treatments demonstrating a possible mechanism to reduce seed inputs.